EXHIBITION OF SALVADOR DALI'S "ALICE IN WONDERLAND» IS OPENED

The exhibition of Salvador Dali's “Alice in Wonderland” dedicated to the 185th anniversary of Lewis Carroll was opened by the gallery founders Egor and Christina Altman, the curator of the project Natalia Stukolkina-Okhota and the general director of Capital Group Valentina Stanova at the Altmans Gallery of the first names. The director of the Cervantes Institute Abel Murcia Soriano stressed the high level of the exhibition in his welcoming speech.
"We are glad that we've managed to help with the organization of this exhibition. Everything turned out great!" said Abel Murcia Soriano.
The opening ceremony of the exhibition in Altmans Gallery was attended by the representatives of business, politics, culture and art. Live music and surprises awaited for the visitors. During the lottery, specially organized by the general sponsor of the exhibition, Capital Group, Salvador Dali's "Queen in a White Dress" from the famous series "Tristan and Isolde" was performed. The winner of the lottery was Tatiana Nudelman from New & Wow Marketing.
The guests of the vernissage were the minister of communications and media of the Russian Federation Nikolay Nikiforov, the charge d'affaires of Spain in the Russian Federation Ignacio Garcia-Valdecasas, the cultural attaché of the Embassy of Israel Violeta Dyachenko, the deputy chairman of the BoD of VTB24 Mikhail Kozhokin, the head of the promotion and advertising department of the Insurance group "SOGAZ" Maxim Lata, the vice-president of the Bank of Moscow,Evgenia Mamsurova, the vice-president of the Russian Investment Agency Valeriy Romanjuk, the blogger Anton Nosik, the singer Nina Shatskaya, the founder of the gallery "POP/OFF/ART" Sergey Popov. 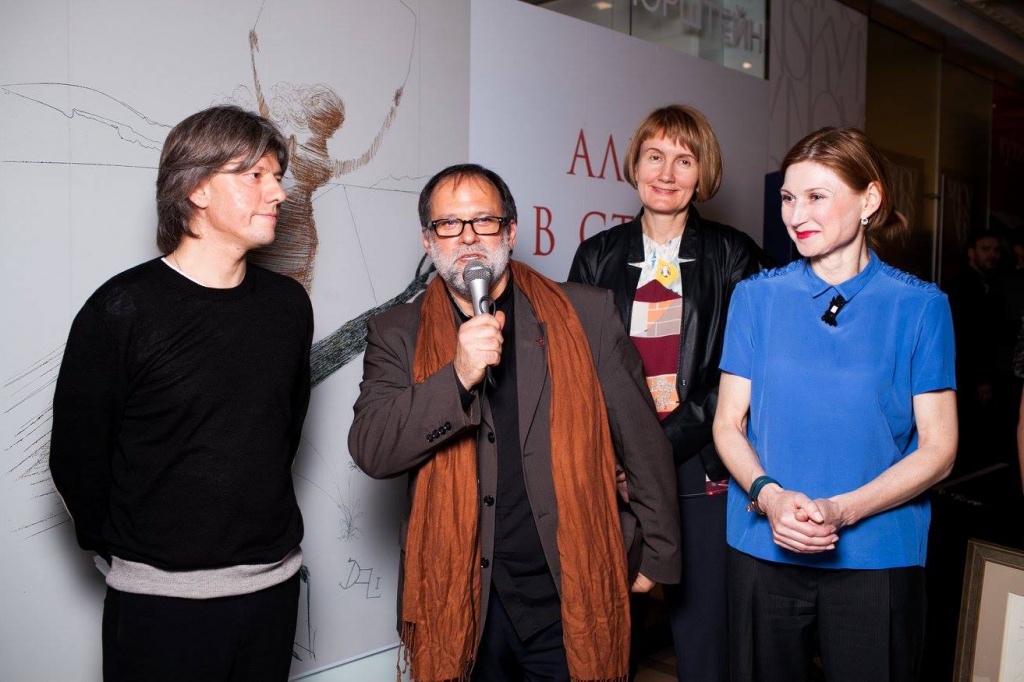 The founder of the Altmans Gallery Egor Altman, the Director of the Cervantes Institute Abel Murcia Soriano, the general director of Capital Group Valentina Stanova. 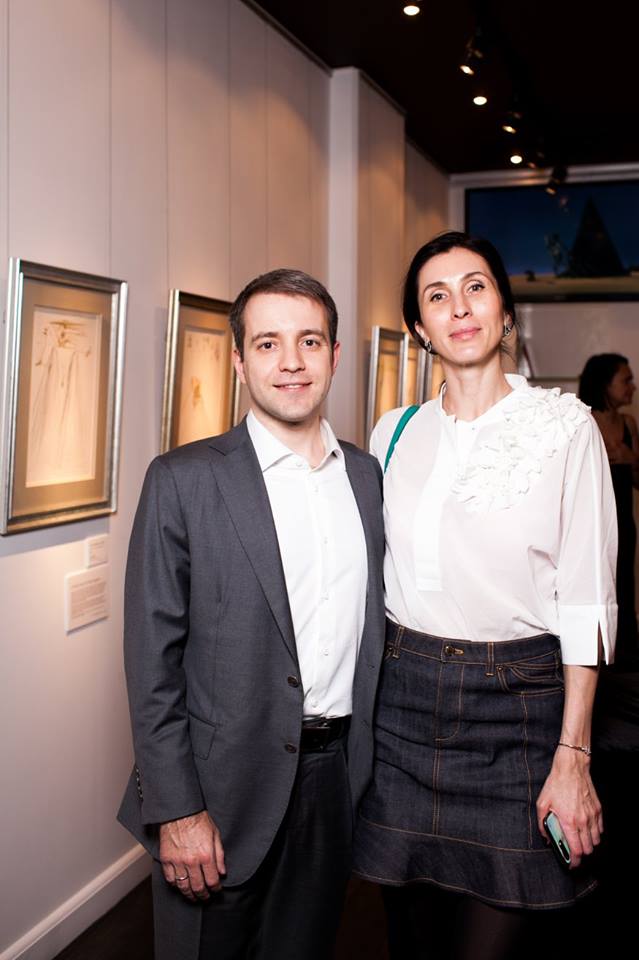 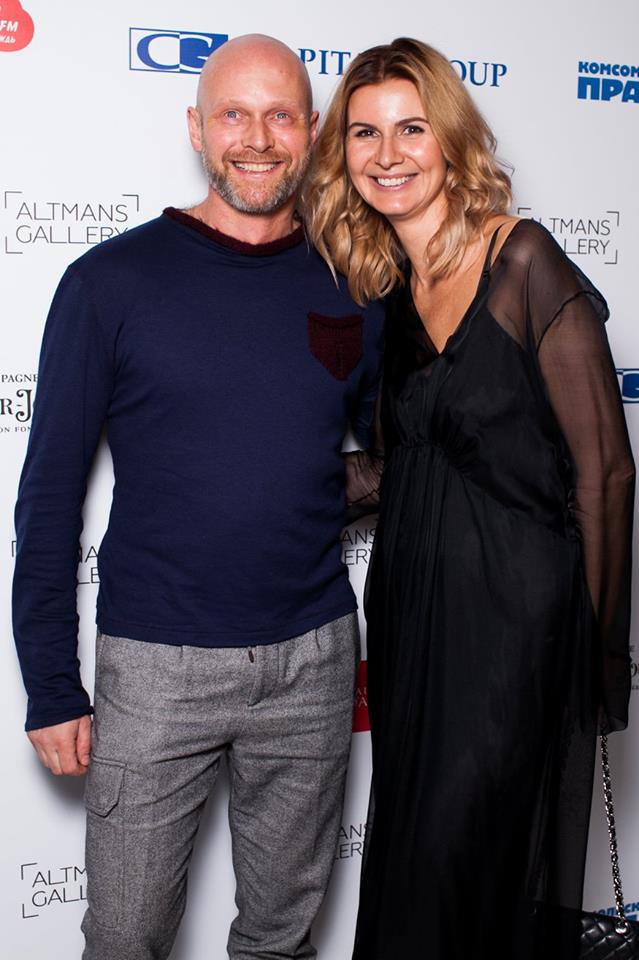 Andrew Linner, president of the company Parquet Hall and Christina Altman, founder of the Altmans Gallery 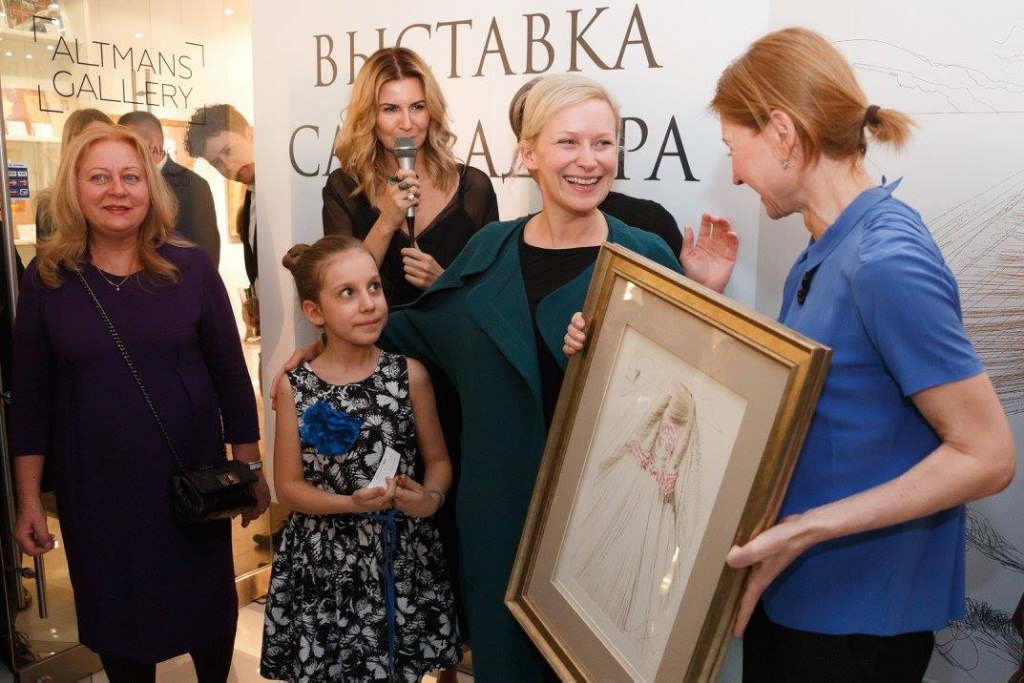 At the opening ceremony of the exhibition the general sponsor CAPITAL GROUP organised a lottery, which raffle the painting from the series "Tristan and Isolde" by Salvador Dali. Valentina Stanovova, the General Director of the CAPITAL GROUP handed the prize to Tatiana Nudelman.