The famous Israeli painter, graphic artist and sculptor. Solo exhibitions of Gerstein were held in leading museums, including the State Tretyakov Gallery. 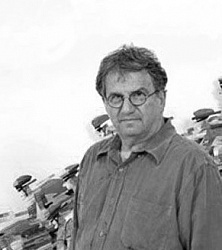 David Gerstein was born in 1944 in Jerusalem in a family of farmers. David since childhood, along with his twin brother spent all his free time drawing. After serving in the Israeli army, the two brothers decided to become professional artists and enrolled in art academies: the brother, Jonathan, - in the Academy of Fine Arts in Paris, and David - in the Jerusalem Academy of Arts "Bezalel". Under the influence of his brother David moved and continued his studies in Paris, and then - in New York. In 1970, he returned to Jerusalem and began to teach at the "Bezalel".

In 1971, David Gerstein started to exhibit his first works (art galleries in Jerusalem and Tel Aviv, the Jerusalem Artists' House). At the same time, he dabbled in painting, graphics and sculpture, but its own, unique style he has found in the unusual use of different genre elements: for example, he tried to reunite the sculpture with painting, graphics with sculpture. Such techniques allowed him to create true masterpieces. Simple, real objects, thanks to the peculiar shape and unusually bright, captivating colors, came out in a completely different, unusual way, allowing to fully enjoy the author's mood and making think ... It is difficult to give a clear definition to Gerstein works, it is easier to say that all his creations are somewhere "between". Between sculpture and drawing, between a flat surface and volume, between art objects and trinkets, between art and craft. Gerstein calls his works " toys " , explaining that they are nothing but the embodiment of unfulfilled childhood dream. В 1971 году

His works are well famous all over the world, not only among art-lovers, attending exhibitions and buying the artist’s creations for their collections, but also among many people who get acquainted with Gerstein’s bright sculptures directly in the city streets. His funky sculptures, made of steel and brightly hand-painted, attract attention and present good mood. 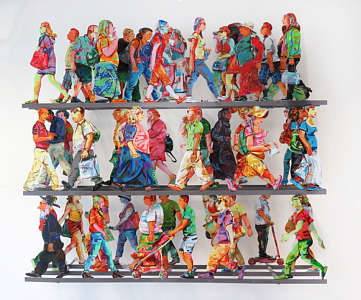 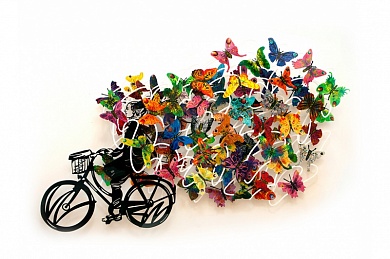