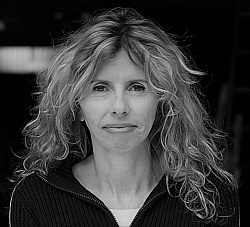 Liora was born in Bat-Yam. Her father was an Israeli in fifth generation and her mother immigrated to Israel from Bulgaria during World War II.

Her evolvement sprang mainly due to the environment, her parents, siblings and the city of Bat-Yam. Bat-Yam is a city of nature, sea and white sandy beaches, a delicate fragrance of Retama bushes all over. These are the main ingredients of her inspiration.

The primary language in her childhood home was the language of "Making". Everything her family wanted and were not able to buy, the kids would ask from two talented parents. Her clothes was sewed by her mother, a decorated boat was built by her father from scratch. Creation was made out of necessity but mostly, out of love and passion.

She started creating art only in her late thirties. The first twenty years of her life she was an athlete, a member of Israel's national volleyball team, studying physical education at the Wingate Institute. A joint injury compelled her to leave sports, and she developed an interest in design, and subsequently – in art. At first she got engaged in ­fashion design, studied at the Shenkar College in Ramat-Gan, and worked as a fashion designer, followed by graphic design studies at the One-to-One school. She started to learn drawing with artists Miri Nishri and Yaacov Mishori. However she never studied art formally in an academy.

The first material she used in art was colorful synthetic decorative flower ribbons.

She went to buy paint in Jaffa, and passed by a gift-wrapping shop. These first works were Two-dimensional. Later she began coating everything with colorful ribbons. Finally she started constructing forms.

Today her works are displayed in galleries and collections in Israel and worldwide. 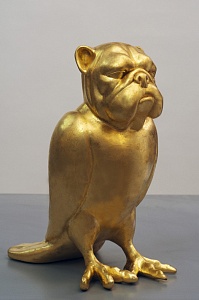 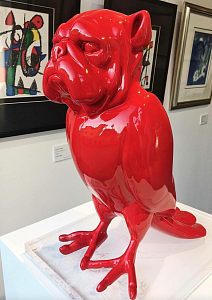