Takashi Murakami is an artist, painter, sculptor and designer. He is one of the most successful contemporary Japanese artists, whose work encompasses art, design, animation, fashion, and many areas of pop culture.

Takashi Murakami was born in Tokyo. He received his doctorate of prestigious Tokyo National University of Fine Arts and Music, where he studied traditional Japanese painting of the XIX century nihonga. American popular culture - animation, comics and fashion - greatly influenced his work.

In 2000, Murakami curated an exhibition Superflat, which was devoted to the influence of mass entertainment industry to modern aesthetic.

The artist is also known for collaboration with the designer brand Marc Jacobs in the creation of bags and other products for Louis Vuitton. In his works, Murakami plays with such opposites as East - West, past and present, high and low, while remaining funny and accessible. His works combine the world of Japanese modern pop culture and historical painting.

In 2007-2008 there took place a large retrospective exhibition of the artist - © Murakami, which was exhibited at the Museum of Contemporary Art in Los Angeles, the Brooklyn Museum in New York, Museum fur Moderne Kunst in Frankfurt, at the Guggenheim Museum in Bilbao. The exhibition consisted of about a hundred works created throughout the artist's career, with the use of different techniques and media. 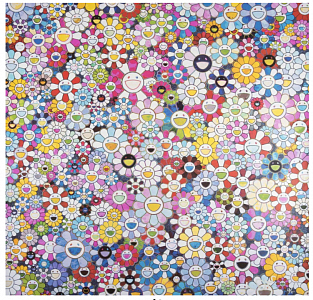 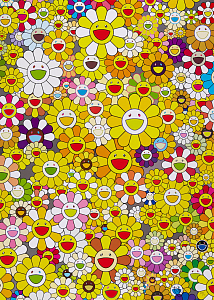 AN HOMAGE TO MONOGOLD Takashi Murakami 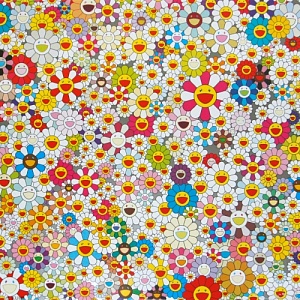 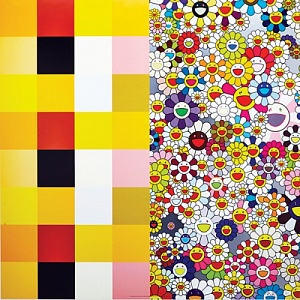