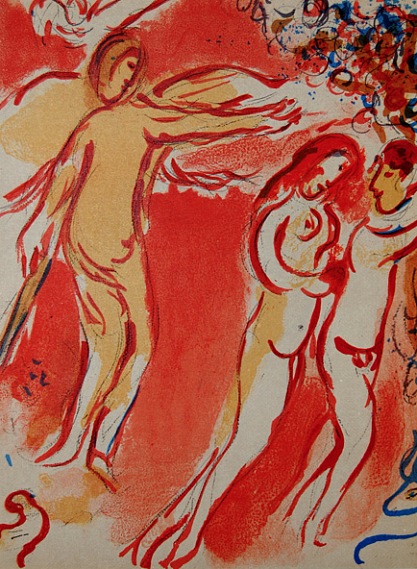 In Chagall's creations Paradise appears in its traditional understanding, as a state (place) of eternal perfect life (existence, reality) in bliss, in harmony with nature (universe), untouched by time and death. Adam and Eve are depicted as a whole, what literally reflects the text of the Bible.

The Expulsion of Adam and Eve from Paradise is an episode of Biblical tradition (the Book of Genesis), following a Fall from Grace. The subject of Expulsion is one of the most common in art.