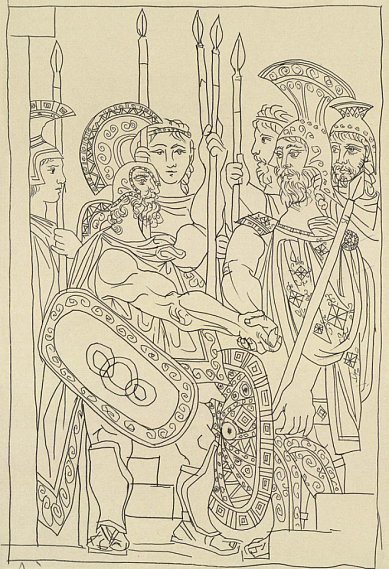 Work from a series of illustrations for the comedy "Lysistrata". Dated in reverse order on the plate: 'Paris 4 février xxxlv'. New York: The Limited Editions Club. Rives wove paper. Lysistrata is a comedy by the ancient greek comedian Aristophanes, created around 411 bc, about a woman who was able to stop the war between Sparta and Athens with the help of a female "sexual strike". In 1934, Picasso continued to work with greek subjects, inspired by images of classical antiquity. By request of the American society of bibliophiles, the artist creates a series of engravings based on "lysistrata". picasso, who was increasingly interested in the political situation in the world in those years, could not help but be inspired by the history of the anti-war revolt of ancient athens. Despite the military theme, the works of this series are filled with serenity and harmony that prevailed in his love relationship with the young Marie-Thérèse Walter. © Succession Picasso 2017 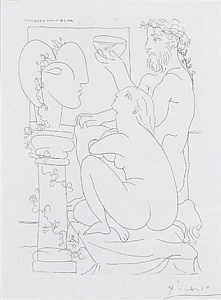 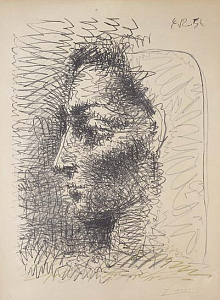 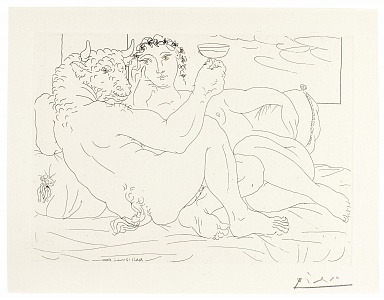 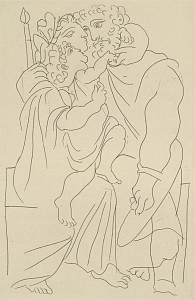 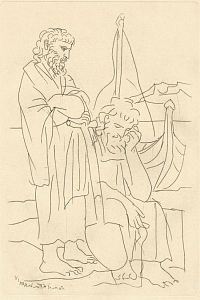 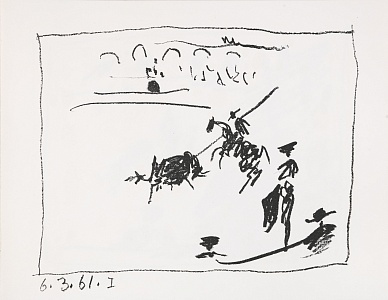 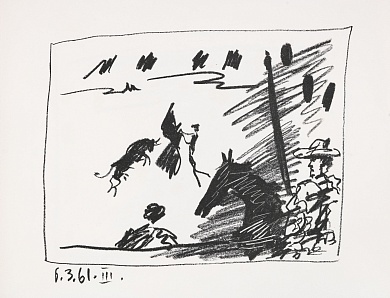 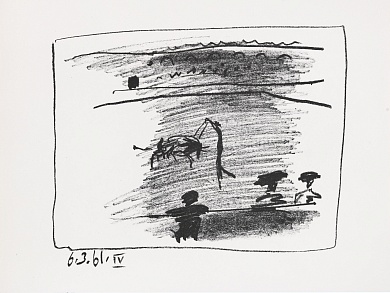 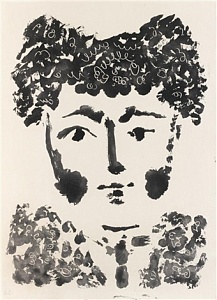 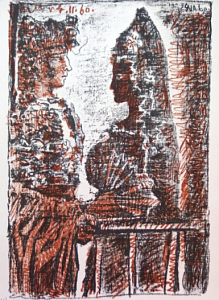 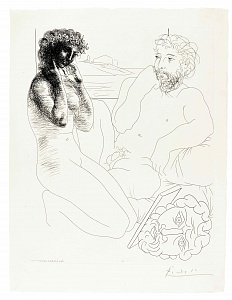