"Poet's Desk" that is the name Yuri Norstein chose for his upcoming exhibition in Israel, and on Friday, October 26th, we all will have the chance to understand why.

Altmans Gallery is honored to host one of the most important animators today. Norstein, according to the Washington Post "is considered by many to be not just the best animator of his era, but the best of all time".

During almost two month, we will all have the opportunity to have a retrospective view of Yuri Borisovich Norstein's works for the very first time, here in Israel.

Some of us will recognize images from the past, and some will meet his fantastic creatures for the first time, laid down precise and accurate, surrounded by a scenery only Norstein is able to create on a simple piece of a paper.

And if that is not enough, Norstein will “challange" us with an installation, raised for the first time, exclusively for this occasion.

Professional animators will talk about the 3D effect, Norstein is able to create out of his two dimensional paintings, while others enjoy a fantastic and poetic voyage in to Norstein's imagination, as far as they can get.

Beyond being an animator, the international award winning artist Yuri Borisovich Norstein is a writer, film director and screenwriter.

His films have won numerous international awards. In 1984, his film "Tale of Tales " was selected for the best film of all time. Likewise in Tokyo, Zagreb and other prestigious

Meeting Norstein, makes you realize, again, it is not a hand and a pencil, but a most unique person that leads them to these incredible creations.

The exhibition will contain drawings and prints by Yuri Norstein and his wife - artist Francesca Yarbusova.

We are delighted to invite you to join us on this fabulous "journey". 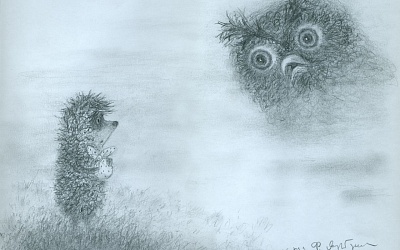 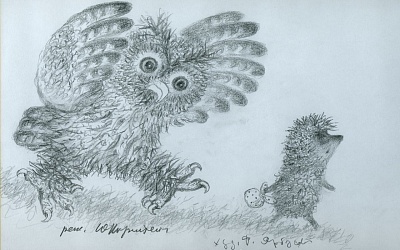 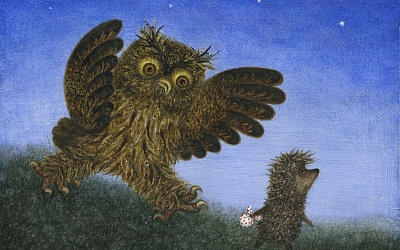 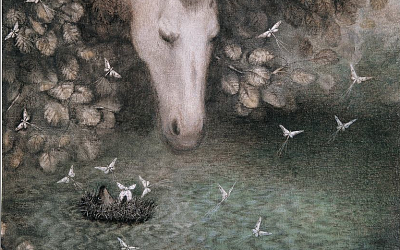 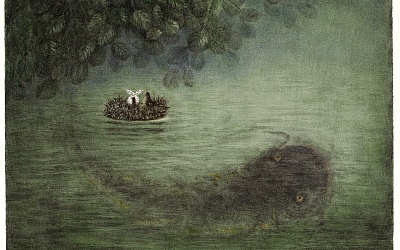