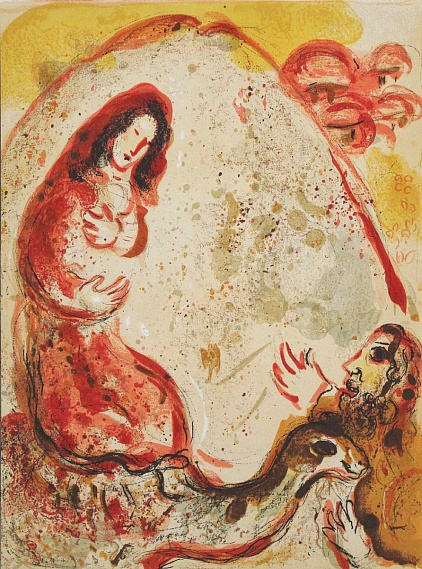 Rachel (heb. ‏רָחֵל‏‎‎) is one of the two wives of patriarch Jacob, the younger daughter of Laban, sister of Leah, the mother of Joseph and Benjamin. When Jacob and his wives Rachel and Leah leaved Mesopotamia, Rachel stole her father's household gods. After Laban overtook them, she hid the gods inside her camel's seat cushion, and sat upon them. She did this so that after her father's death her husband Jacob inherited his lands.