With humor and irony, he takes up the theme of fashion and turns﻿ brands into cartoons. 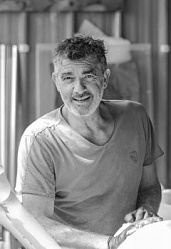 Michel Soubeyrand explores deliciously ironic humor, corrosive and aesthetic unconscious themes of our animal nature. He is delighted with our ego in turning us into extravagant characters from fairy tales, legends, mythology comic books displayed in three dimensions.

Michel Soubeyrand lures with humor and a sense of unparalleled achievement. Soubeyrand has nothing to do with pop imitators, neo-pop kitsch and pseudo-remakes of Koons, Delvoye, Jan Fabre or Ron Mayek. He shares with the latter a sense of design and the required volume and exceptional technical skills. Both of them started in the world of cinema, advertising ... and puppets - Mayek for the Muppets and Soubeyrand for banal show. Living in the Mediterranean, he is just a mix of Latin and Anglo-Saxon culture.

The artist began his career in the film and advertising industry, and was able to develop his own style, that expresses his ideas about design and contemporary art.  In his works he gives the opportunity for the world of comics and tattoos to find an embodiment in three-dimensional space. Being a talented, worldy recognised sculptor, he creates bright characters full of optimism and joy, without any vulgarity.

Michel Soubeiran exhibits his friends in his studio. True patron, he organizes exhibitions in his workshop, so that young artists can communicate freely with collectors and art lovers. 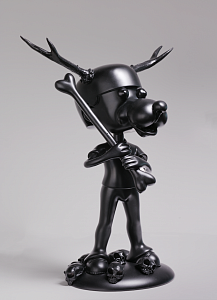