Animated film director, screenwriter, artist Yuri Norstein created the characters of the cult cartoon "Hedgehog in the Fog" and other well-known in the world movies: "Boniface’s Holiday", "Tale of Tales", "Cheburashka" and others. At various times Norstein exhibitions were held at the Museum of Cinema in Moscow, Paris City Hall (Hotel de Ville), the Ghibli Museum in Tokyo, the Department of Private Collections of Pushkin Museum. 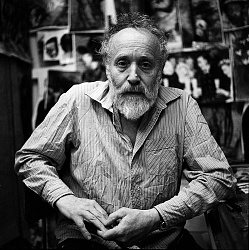 In 1956-1958 Yuri Norstein while studying in high school went to the children art school. From 1959 to 1961 Norstein studied at the animator courses at the film studio "Soyuzmultfilm".

In 1961-1989 he worked at the film studio "Soyuzmultfilm". From 1961 to 1973 he was an animated film director of more than 50 films. Among them, "Lefty" (directed by Ivan Ivanov-Vano), "Boniface’s Holiday" (directed by Fyodor Khitruk), "Mitten", "Cheburashka" (directed by Roman Kachanov), a series of films on the drawings of Alexander Pushkin (directed by Andrey Khrzhanovsky). From 1973 to 1989, Yuri Norstein worked as a director of animated films at the film studio "Soyuzmultfilm". He is the director of the films "Twenty-fifth, the first day," "Battle of Kerzhenets", "Fox and Hare," "Heron and Crane", "Hedgehog in the Fog," "The Tale of Tales", "The Overcoat" (unfinished), " Russian sugar "- four commercials, splash to the TV program “Good night, kids”, a film based on poems by Basho in Japanese cycle" Winter day" (Japan).

Norstein shows were held at Perm Gallery, the Museum of Cinema in Moscow, Paris City Hall (Hotel de Ville), the Ghibli Museum in Tokyo, the Department of Private Collections of the Pushkin Museum.

Yuri Norstein is a People's Artist of Russia (1996), winner of the USSR State Prize (1979), Tarkovsky Prize "For the author's contribution to the development of the art" (1989), "Triumph" Award (1995), V.Starevich Prize (1997), Vladimir Vysotsky Award "Own Track" (2000), "Master" award for the exhibition at the Pushkin Museum of Fine Arts. (2005), is a knight of the Order of Arts and Letters of France (1991), the Japanese Order of the Rising Sun (2004), he is awarded the Medal of the International Union of Journalists "For contribution to the development of the art of animation and films for children and youth" (1989).

In 2010 Norstein became one of the founders of KinoSoyuz. 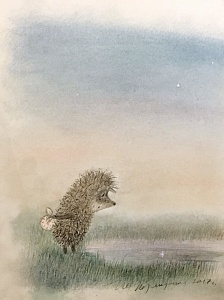 the hedgehog is looking into the puddle Yuri Norstein 2017 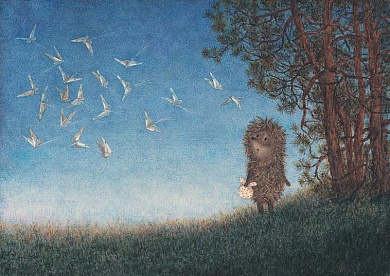 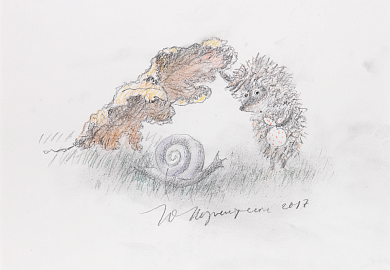 Hedgehog in the fog Yuri Norstein 2017

Original illustration by the artist 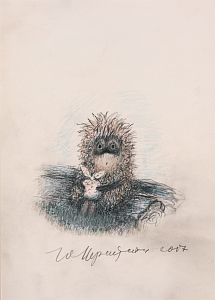 Hedgehog in the fog Yuri Norstein 2017 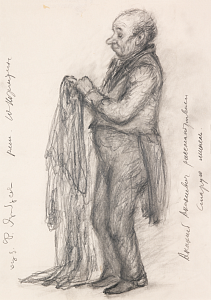 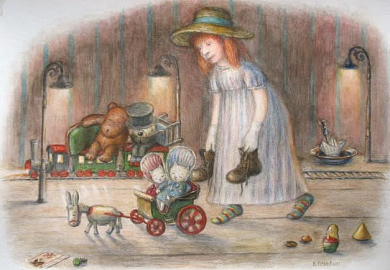 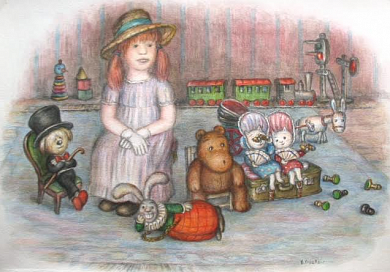 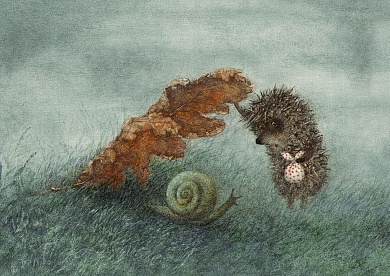 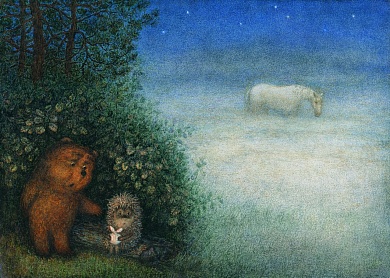 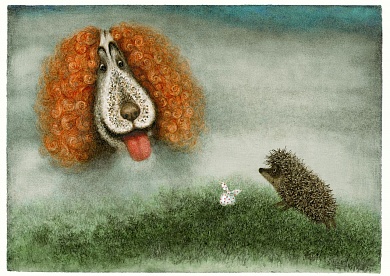